USD $
en
Currency
Language
Get 50% Off on your third Mug when you buy 2 or more, using the code MUG50
Buy 3 posters for the price of 2 with the code POSTERS3X2
Close Menu

Pomeranian or German Spitz - What are the differences and origins? As a German Spitz mum, I am often asked if my dog is a Pomeranian. Most frequently, when I answer that she's a German Spitz, I'm told "oh, but she looks just like a Pomeranian". This is not surprising at all! The history of the German Spitz and the Pomeranian is something that I find fascinating. Let's dive into it!

Origins of the breed(s)

The German Spitz is among the earliest dog breeds originating from Europe. Alert, energetic, as well as dedicated, these pups have some of the best qualities among any canine breed around.

The first mention of the German Spitz dates back to 1450. Count Eberhard Zu Sayn of Germany praised them as brave protectors of his homes and fields. Many German Spitzes inhabited the province of Pomeranian, in the south coast of the Baltic Sea, which would now be part of Northern Germany and Northern Poland. 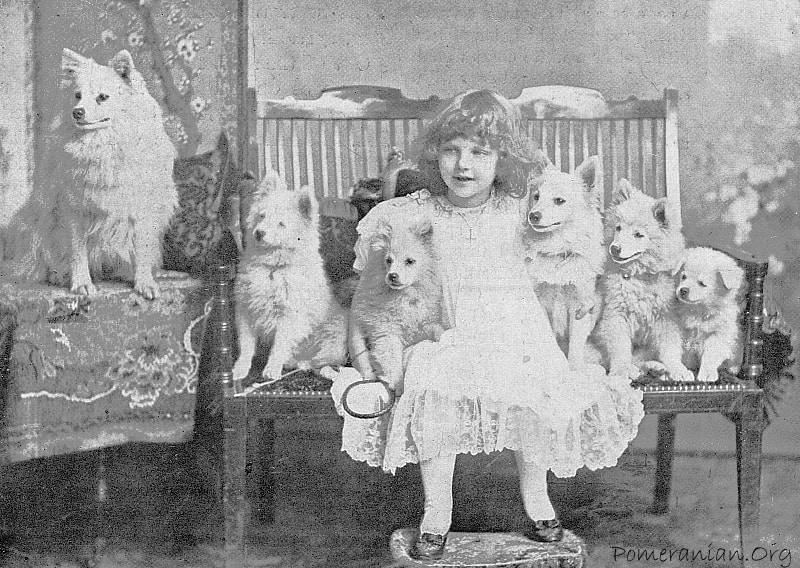 The different variations of the German Spitz dog breed

The German Spitz comes in different sizes (and many different colours, too). Here is where everything gets clearer. Let's see:

It is important to remark that the Zwergspitz, or Pomeranian, in the 18th century was not the same size as the 1.5-3kg / 3-7 pounds Pomeranian that we know today.

How does the Pomeranian name originate?

As you may be imagining, the name comes from the region in which they were most popularly in their origins, the region of Pomeranian in Germany.

While the original name of the breed is Zwergspitz (Dwarf Spitz), and if you have a pure breed Pomeranian this may be the name that you see in the pedigree, the name of Pomeranian became more popular when Queen Victoria fell in love with the breed.

Queen Victoria became an exhibitor and breeder of Zwergspitz during her time and reduced the breed's by 50% from the previous size. The popularity in England gave birth to the name Pomeranian, which is much easier to pronounce than the German name Zwergspitz.

It is also believed that the first world war may have accelerated the transition, and public approval, to the new name due to the anti-german sentiment.

How much does a Pomeranian and German Spitz weigh and measure?

Before we talk about measurements, let's clarify that when we speak about German Spitz we are talking about the Mittel (medium) Spitz. The Mittel Spitz is the most popular among its siblings that maintained the Spitz name.

Do you have a German Spitz or a Pomeranian?

If you found this article interesting or want to share your experience as a Pomeranian / German Spitz owner, leave a comment in the box below!

Also, don't forget to see our range of Dog presents for Owners. Just remember to pretend you didn't see the gift beforehand!

Take a sneak peek at our favourite selection of gifts!

No Products in the Cart